Although the National Park Service was established in 1916, most ascribe its beginnings to the creation of Yellowstone National Park, the world’s first such public land, in 1872. However, America’s national park history stretches back even further to 1820, when the Arkansas Territorial Legislature first petitioned the federal government to protect an area of natural hot springs and the adjacent mountains from those wishing to exploit the resource. In 1832, President Andrew Jackson signed a congressionally approved act to establish Hot Springs as a natural reservation, the first federal action to set aside a landscape specifically for conservation and recreation.

That same year, artist George Catlin traveled throughout the Dakota region and witnessed Native Americans slaughtering bison after bison to fulfill an eastern fashion craze for buffalo-fur robes. Perceptively, he envisioned that without interference, this pattern would ultimately result in the demise of these magnificent beasts as well as the people who depended upon them for their livelihood. In an 1833 letter published in the New York Daily Commercial Advertiser, he proposed that the federal government preserve an enormous swath of land from modern-day Manitoba to Mexico for its inherent aesthetic value, a drastic dissent from the widely held belief in “manifest destiny,” that that America needed to conquer and triumph over its wilderness. Today, historians credit him as the first to conceive and put forward the idea of a national park.

Widely read transcendentalist writers like Ralph Waldo Emerson and Henry David Thoreau echoed Catlin’s concept in the mid 1800s, and their efforts combined with the work of landscape painters like Thomas Cole and Frederick Edwin Church helped shift American opinion toward valuing nature for nature’s sake. This spurred the next major push for a large-scale park, albeit one under state management, encompassing the grand Yosemite Valley and Mariposa Pine Grove in central California. After prompting by architect Frederick Law Olmsted and other influential public lands advocates, U.S. Senator John Conness sponsored a bill in 1864 to procure the land from the federal government. 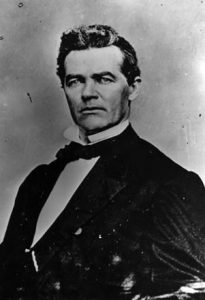 He argued, “The trees contained in that grove have no parallel…They are subject now to damage and injury, and this bill…proposes to commit them to care of that State for their constant preservation, that they may be exposed to public view, and that they may be used and preserved for the benefit of mankind.” Congress readily passed the bill and President Abraham Lincoln signed it into law, on the condition that they would “be held for public use, resort and recreation…inalienable for all of time.”

However, state ownership of Yosemite resulted in several problems, including difficulties with homesteading claims throughout the valley, infrastructure issues related to increased tourism, and environmental damage caused by continued logging, mining and grazing.

Advocates for a park protecting the Yellowstone area centered in Wyoming Territory’s northwest corner viewed Yosemite Park’s creation as a precedent for their goal, but they believed federal ownership of Yellowstone would avoid the problems seen in Yosemite. Furthermore, Yellowstone’s proposed borders spread across territorial boundaries into Montana and Idaho, which would complicate management of the park if it were placed exclusively under Wyoming’s authority.

In December 1871, representatives in the House and Senate simultaneously introduced bills to establish a federally managed park protecting the headwaters of the Yellowstone River, and they used photographs, paintings and sketches from expeditions to the area to convince their colleagues that the best use of the area was as a park. Both bills passed during the next two months, and on March 1, 1872, President Ulysses S. Grant signed the Yellowstone National Park Protection Act into law. In part, the act reads, “the headwaters of the Yellowstone River…is hereby reserved and withdrawn from settlement, occupancy, or sale…and dedicated and set apart as a public park or pleasuring-ground for the benefit and enjoyment of the people.” With these words, Congress laid the groundwork for the creation of other national parks across the country, and ultimately, the world. 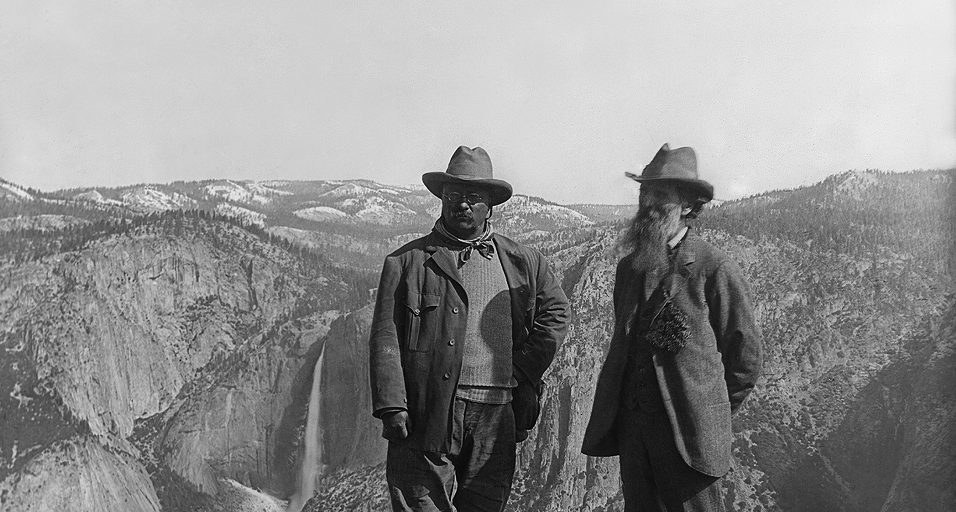 Back in California, parts of the Yosemite region attained national park status in 1890, but these did not include Yosemite Valley or the Mariposa Grove previously ceded to California. In 1903, noted Yosemite conservationist John Muir arranged and led President Theodore Roosevelt on a three-day camping trip that included visits to Glacier Point and some of the area’s most spectacular viewpoints. As a direct result of this, President Roosevelt signed a bill in 1906 to incorporate these missing key areas, finally unifying Yosemite into a more recognizable version of the park we know and love today.

However, it was the park’s next major battle, and loss, that led to the creation of the National Park Service. San Francisco to the east of the park needed a substantial water supply for its booming population, and one of the proposals sought to dam Hetch Hetchy Valley, a highly scenic and ecologically significant part of the park. Muir and his Sierra Club vociferously opposed the proposal, with Muir famously writing, “Dam Hetch Hetchy! As well dam for water-tanks the people’s cathedrals and churches, for no holier temple has ever been consecrated by the heart of man.”

After a multi-year battle, the Sierra Club lost its campaign to protect the valley with the passing of the Raker Act in late 1913, and work began on a dam at Hetch Hetchy the following year. However, the debate was not in vain. It caused the country to consider what the designation “national park” should mean, and what level of protection that should create, especially when pitted against an infrastructure need of the nation’s people.

After the Raker Act passed, more and more people expressed their disapproval over the use of a national park for such a purpose, and the need for a unifying agency to oversee and advocate for these significant sites became apparent. Less than three years after Yosemite National Park lost Hetch Hetchy Valley, President Woodrow Wilson signed the Organic Act into law on August 25, 1916, formally creating the National Park Service and starting a revolution for public lands protection in the United States as well as around the world. Today, more than 100 nations have created more than 1,200 national parks or their equivalent.