CHAPTER 6: Can Parks Save the Planet? 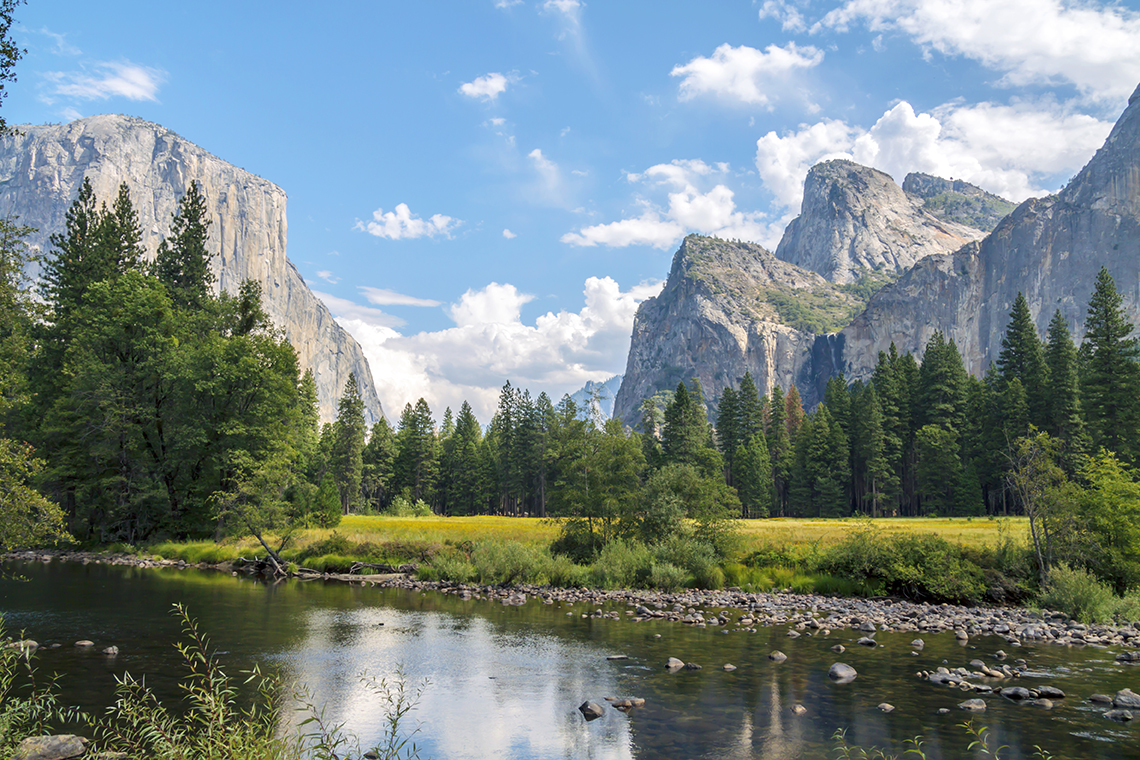 As climate change and other environmental issues become ever more significant, national parks and other public lands play major roles in turning the tide. They clean polluted air and protect threatened watersheds that supply drinking water for humans, animals and landscapes alike. They provide safe havens for endangered wildlife and threatened plant species that would otherwise disappear. Perhaps most significantly, they provide a hands-on classroom and playground where kids can develop an organic connection with nature and an understanding of why it’s critical to prioritize and advocate for conservation.

The same researchers who determined the overall value of the parks came to $92 billion also did a partial study to find their economic significance in terms of environmental impact. Professor Bilmes and her colleagues assessed approximately 30 million acres of NPS-managed land for their value in carbon sequestration, the process in which environmental carbon dioxide is captured and stored, a critical element in the slowing of climate change. After analyzing the data, they found this area collectively sequesters an average of 17.5 million metric tons of carbon each year, providing an annual value of $708 million. Given that the studied area only represents about a third of NPS land and one-twentieth of all of America’s federal public lands, the total value of these landscapes is several times more than this amount in the ongoing challenge to reduce human effects on the Earth’s atmosphere.

During President Obama’s trip to Yosemite last June, he spoke about the effects of climate change already being seen in America’s national parks. “The biggest challenge we’re going to face in protecting this place and places like it is climate change,” he said. “Make no mistake: Climate change is no longer just a threat; it’s already reality. Here in Yosemite, meadows are drying up. Bird ranges are shifting farther northward. Alpine mammals like pikas are being forced further upslope to escape higher temperatures.”

Former NPS Director Jarvis has also spoken extensively on the role national parks play in conserving threatened animal species, a mission of the parks that precedes the agency’s founding. One of the original purposes of Yellowstone was as a wildlife refuge, particularly for bison on the verge of extinction due to hunting. Less than 100 of the animals remained in the wild by the 1880s, down from a high of roughly 30 million 300 years earlier. When park boundaries weren’t enough to stop hunters, Congress passed a law criminalizing the act, enacting a hefty fine and a jail term against lawbreakers. Today, bison populations have resurged to a few hundred thousand, including roughly 30,000 in public herds.

Jarvis also notes that parks play an important role in wildlife corridors for migration, providing “islands of protection” amidst privately-owned tracts of land. Park managers often contribute to wildlife solutions outside their boundaries, working with other federal and state land managers as well as private owners to remove barriers to wildlife migration. “That’s where the future potential really is,” Jarvis says in an interview last year for National Wildlife magazine. “The park service is kind of the anchor store in these larger landscapes, and then we work cooperatively on adjacent lands where critical components need to be connected so that you have a functional and sustainable ecosystem.”

Park managers make a point to share these discoveries with kids who visit. Systemwide, the National Park Service seeks to educate the next generation on how to make better decisions than ones made in the past. Whether these kids grow up to be park staff themselves, or teachers or legislators or parents, they’ll have a role in the future of our national parks as well as the global ecosystem as a whole. By encouraging them to jump right into exciting natural environments and teaching them how human decisions affect environmental health, we can educate them both the importance of and methods for the sustainable use of resources. 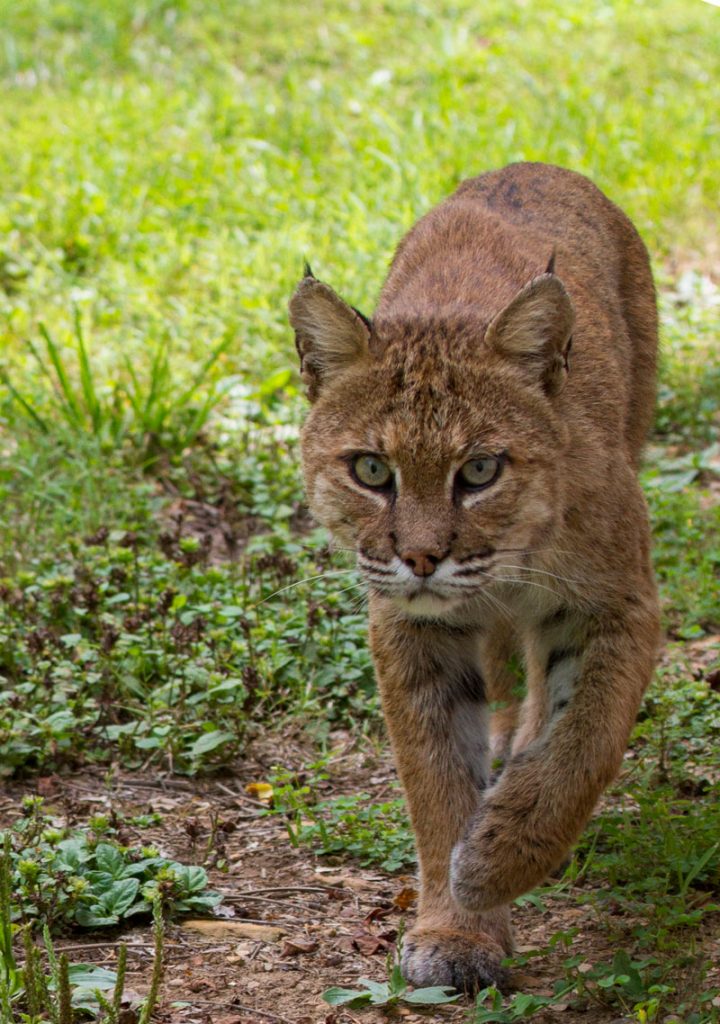 When asked if parks can save the planet, Congaree’s Teodorski said, “You bet! It’s one of most important things we do as a park service.” He continues, “It’s critical we educate youth. We learned many years ago that best way to protect these treasures is to help people understand them, and then they’ll want to protect them. Environmental education is important — these kids become environmental stewards when they’re old enough to vote or work on a city council. People remember programs they did with a ranger as a kid.”

When the federal government shut down in October 2013, one of the most vocal frustrations from the public was the closing of our national parks, even from people who had no immediate plans to visit any. For millions of Americans, the very fact of our access to these shared public lands is one of their most treasured inalienable rights as citizens.

Their uproar at the parks’ closing isn’t without precedent, and citizens who consider these lands indispensable have proven themselves willing to pony up funds when necessary to keep the parks open. During the last shutdown in 1996, Arizonans helped raise more than $550,000 to keep much of Grand Canyon National Park’s South Rim open for the 31 days before Congress came to an agreement and the National Park Service went back into operation. In 2013, businesses across South Dakota raised enough to reopen Mount Rushmore National Memorial. In both cases, state officials and citizens alike recognized the hit that tourism would take with the closure of their state’s biggest attractions, and they considered it more than worth it to pay out of pocket to keep them open.

But the parks don’t just need our help during temporary closures. Although nature has a remarkable ability to heal and restore itself, many issues the parks face today can’t be overcome with natural processes alone. At current budget and staffing levels, and with their jurisdictional limitations at park boundary lines, the National Park Service also can’t surmount issues of deferred maintenance, species and habitat destruction, climate change, political blockades, relevancy and more without outside help.

When you think about the millions of acres protected, the thousands upon thousands of miles of trails made available, the countless species restored, the historical and cultural artifacts and stories preserved, the daily education of youth and adults alike, and the unquantifiable value of personal restoration found in our parks, their immeasurable worth shines through as one of our nation’s greatest assets. America’s Best Idea, indeed.

“Thank God we have parks, whatever it costs,” says Menendez. “What else is more ‘ours’?’”